My stint as a half-naked security guard

So what if the security guard at the guest-house shoots at tourists with his cap gun? He only does it because we know he's joking. Right?

That's why I love Nicaragua; even in its cities I felt safe. I treated myself to solo walks. Alone. Alone and thinking, my mother would have a heart attack.

The colonial architecture was stunning. So were the colours. And, the lifestyle. About a block from my guest-house, an abandoned, turquoise colonial-era building was "infested" with small green parrots. Parrots. Think about that.

Reveling in this sensation, but tired, my Australian travel-mate and I decided to stay in and rest, on our first night in this new city. We bought a bottle of the local brew to enjoy after hours in the common room of the guesthouse. Its windows opened to the street where a total of four security guards, seated in rocking chairs, protected the entrance. 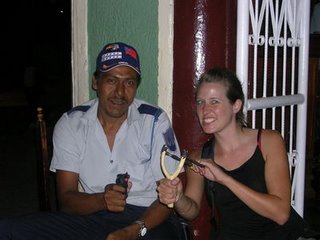 At first I thought this was simply over-staffing, but each guard had hidden a bottle of beer behind his rocking chair. This wasn't an opportunity to analyze their staffing policies, it was a party. Within minutes the two guards who were actually on the job invited us to join them.

None spoke English, but they were happy to repeat themselves until I understood well enough to translate for my blonde, busty Australian friend. They were both surprised and delighted that we’d accepted. Offering us their rocking chairs, they ran across the street to ask the closed bar to reopen. I’m not sure if anyone paid for the drinks, but they were free for us, and the bar kept serving until we went to bed.

They asked the usual questions and teased each other about their competency, both as security professionals and husbands. They asked about my home in Canada (and whether it was really as cold as they say), and I asked about theirs around the corner. The guard seated closest to me argued that hammocks are infinitely more comfortable than beds. I heartily agreed, until I realized what he was getting at. 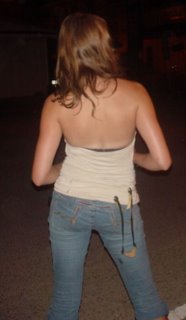 The city is safe, even for a tourist like you, he reassured me, checking out my legs. Of course it is safe, I said, hoping to change the path of the conversation. I carry this! And, I showed them the handmade catapult I'd picked up at the local market. Ultimately, I carried this weapon in my back pocket from Nicaragua to Panama. As was intended, they laughed at me. And then, they pulled their weapons.

Taking turns demonstrating how each was used, they had me both fascinated and nervous. I mean, they were drunk. Mostly, they used clubs and cuffs, but the head guard also carried a cap gun that he fired freely at hotel guests and passers-by.

Exactly then, a larger and drunker man stumbled down the road in front of us and toppled over. His nimble limbs bounced back from the dusty road when he fell and hit him in the face, adding insult to injury. The head guard rose to “address the situation” as the man unsuccessfully tried to stand. The borracho was twice his size, and we wondered what he could possibly do.

I was worried he would try to impress us with his authority, but that too was short-lived. His friends tapped me on the arm and, through their laughter, suggested I help him. One of the guards removed the shirt of his uniform and handed it to me. I put it on. It hung to my knees, giving the impression that I was without pants. Handing me his weapons, after a brief lesson on using the telescopic billy club, he urged me toward the scene of the crime.

While I feared this might qualify as a bad idea, I couldn't resist. Like a regular tough-guy, I walked to where the head guard was attempting to reason with the drunk. I arrived in my new uniform, my weapons hanging benignly at my side. As stunned as the guard, the borracho realized he was outnumbered, threw up his arms and surrendered.

Never in my life had I imagined having a man surrender to me like this.

Back at the guest-house, the remaining guards rolled on the sidewalk in hysterics. The drunk was none the wiser and we escorted him home, less than 30 feet away. The raucous laughter had wakened his wife and mother who now stood, annoyed and confused, to receive him in the doorway of their home.

Satisfied that we'd entertained the locals enough for one day, and having promised to join them again during their next shift, my Australian friend and I retired, leaving the dirty work to the professionals.


Welcome to Nicaragua. There are no seat belts to fasten.

Public washrooms were few and far between, but it seemed unwise to interrupt Nicaraguan police as they dragged a hand-cuffed man across the parking lot, kicking him in the ribs. 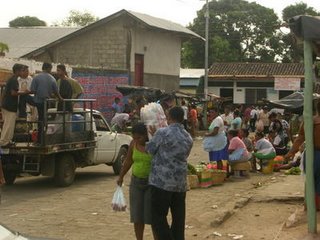 His partner, I assume in crime, was already subdued, and kneeled with his head hung in preparation for another blow. The beating had just begun. We were going to have to hold it, and look for another toilet.

It was only days after we’d been shot at in Honduras*, and I continued to travel with the same group; informal ambassadors of the Commonwealth with a collective sense of humour that ranged from dry to wry. Less than an hour inside the Nicaraguan border, we already joked about dodging bullets, but this scene in the parking lot left even the most seasoned of travellers among us affected. That’s right, we remembered. We need to be cautious of police, too. 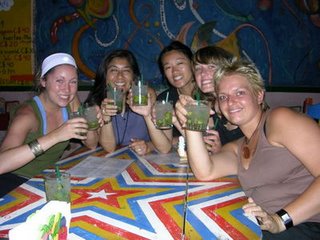 Still, despite its reputation and a sour introduction, we believed we’d be safer and happier in Nicaragua. Already we’d noticed the relative absence of litter on the roadside and our moods were lifting. When we arrived in Managua and realized mojitos cost the equivalent of a Canadian dime, we indulged.

In the morning, parched, I would choke on gases at the rim of my first active volcano (temporarily overcoming my fear of death by fire), descend into a bat cave and take a tumble in guano (overcoming my fear of closed spaces and death by exposure to toxic feces), and spook myself in a Sandinista prison, as I imagined which graffiti was carved by prisoners and which by drunken teenagers after the fact. 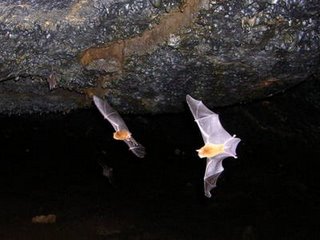 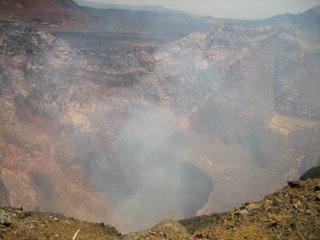 That day I would learn that some of those prisoners met their end in that same volcano I’d visited earlier, and that their mothers still toss flowers to them. I would recall the shape of the crater and its sand and pebbles (as seen above), and reluctantly imagine sliding to the inevitable.
Leaving Managua, we asked around to determine which buses were heading south to Granada. It seemed we had our choice of decommissioned U.S. school buses, deemed unsafe for paved North American rural routes, but relatively fine for maximum speed and passenger capacity on winding dirt roads in Central America. 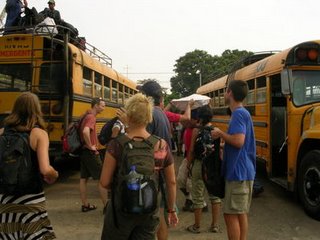 Always the cheapest option, these so-called "chicken" buses are notorious. Some attribute the moniker to passengers who board with small livestock. Others say it's due to the way passengers are literally packed in like chickens, until not another body can fit in or on the bus. Some argue it is because they ramble at maximum speed down the middle of roads, playing chicken like it’s 1956 in Middle America. As a seasoned passenger of these buses, I will argue it’s a little of each.

Taking deep breaths and mustering faith in humanity, we passed our backpacks to the steward whose mission it was to tether them to the roof of the old bus. We’d have to watch to make sure that they remained there at each stop. Bags go missing often and swiftly, but there was no room for them inside with the livestock. As it was, there was standing space only, and the ride would be a few hours long.

There were a few things I’d come to expect from Central America, and some inalienable truths I’d come to accept. For example, upon realizing there was standing room only, I knew someone would try to look up my skirt. Second, it would be assumed that I couldn’t understand what anyone said. And, once they realized, they would laugh and ask the usual questions. Where are you from? Are you married? Why not? Do you have children? Why not? When will you?

Because I believe people ask questions about things important to them, I always reciprocate. That, and I'm curious, too. I asked women about their own children, and whether they were married. I was surprised that, while many had long-term partners, there were also a lot of single mothers and unmarried couples. It was children that seemed most important, and on this subject the cultural rift between us was most evident. Upon learning my age, I felt I was looked on with pity. For the first time, I felt spinsterly.

Then, I would be told I am beautiful and that I have beautiful eyes because they are green. I returned compliments like I did questions if I was speaking with a woman and, if I was feeling saucy, sometimes if it was a man, which always made his friends laugh. 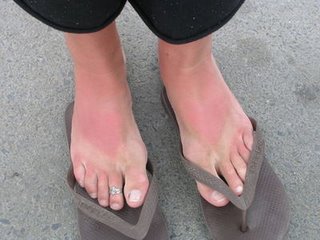 This brings me to the final inalienable truth: Travelling by local transportation in a country that is fairly new to tourism, where you are visibly different and culturally awkward means you are inherently entertaining. When travelling as a sunburnt group, this is especially true.

Music is everywhere, especially on buses and in taxis. Music in English, however, is not. So, when Stevie Wonder "called to say I love you”, so did we. By the end of the song, we’d developed a choreography and the regular passengers were embarassed for us. Fortunately, I have selective comprehension of Spanish - and, English for that matter.

[As a minor aside, did you know that each Central American country has its own term for "tourist"?]

Depending on the length of a particular "chicken" bus trip and therefore time for conversation, I could expect to be questioned about my companions, join in with poking fun at their sunburns (I was always very careful to avoid becoming pink myself), sample food brought from people's homes, speak of places to visit, and appreciate list upon list of names of emigrated relatives. This ride was no exception, and that leads me to the final inalienable truth: "Chicken" buses are the only way to travel.
* See the Sept 21, 2006 entry for the story of shots fired in Honduras
Posted by Beth at 11:41 AM No comments: